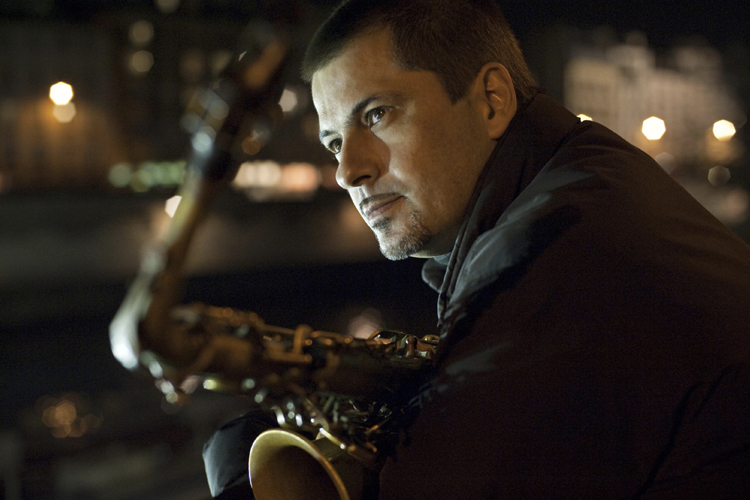 Tenacity – talent, a deep-seated passion for all types of music, and great technical prowess have brought Rosario to the fore of the European and international jazz scene. Critics write of him as a true revelation, in France “une benediction”.

The enthusiastic and triumphal tones used by the press to describe Giuliani’s playing characteristics derive directly from the special sound he creates. With nonchalance he draws from his instruments a fluid phrasing style, at times dazzling, which naturally links him to great saxophonists of the jazz history. Frequent comparisons are made spontaneously by his listeners. But even though this musician has been inspired by, it is the instinctive originality that strikes us, and it is easily found, not only in his instrumental approach, but also in his originally composed scores.

After having made many recordings with various Italian and foreign record labels, in September of 2000 Rosario Giuliani signed an important contract with the prestigious French recording company Dreyfus Jazz, with whom he has already recorded six very successful albums: “Luggage” (April 2001), “Mr. Dodo” (October 2002), “More Than Ever” (October 2004) with Jean-Michel Pilc and Richard Galliano, “Anything else” (January 2007) with Dado Moroni and Flavio Boltro, “Lennie’s pennies” (March 2010) with Joe La Barbera, Darryl Hall and Pierre De Bethmann, “Images” (April 2013) with Joe Locke, John Patitucci and Joe La Barbera. In October 2013 “The Golden Circle” with the trumpet player Fabrizio Bosso for the label Jando Music and Via Veneto Jazz.
March 2016 released a new album “The Hidden Side” for Parco della Musica records, “Cinema Italia” tribute to Ennio Morricone and Nino Rota for the italian label Jando Music and January 2017 release another album in duo with Enrico Pieranunzi “Duke’s Dream” for the german label Intuition. In January 2020 “Love in Translation” with Joe Locke, Dario Deidda, Roberto Gatto for the Jando Music label and Via Veneto Jazz.

Impressive is his “trophy cabinet”, which counts among the many awards important acknowledgements. In 1996 he won the Massimo Urbani prize, and one year later 1997 he was named “Best Soloist” in addition to his own quartet which won the “Best Group” award at the European Jazz Contest in Belgium. In the year 2000 he took first place honours, by popular vote, in the “Top Jazz” contest in the “New Talent” category and 2010 the best saxophone of the year. The contest is held as an annual referendum by Musica Jazz magazine. Also he won the Jazzit Awards in 2010 and 2012 as the best alto saxophone of the year. In 2019 he received the award as “Ambassador of Umbria in the World” during the summer edition of Umbria Jazz 2019.

Rosario Giuliani’s artistic career boasts innumerable and heterogeneous experiences of the highest rank with the most Italian Soundtracks composer such as: Ennio MORRICONE, Luis BACALOV, Armando TROVAIOLI, Gianni FERRIO, Nicola PIOVANI, Ritz ORTOLANI. He was also part of the ORCHESTRA of the OPERA THEATER in Rome.